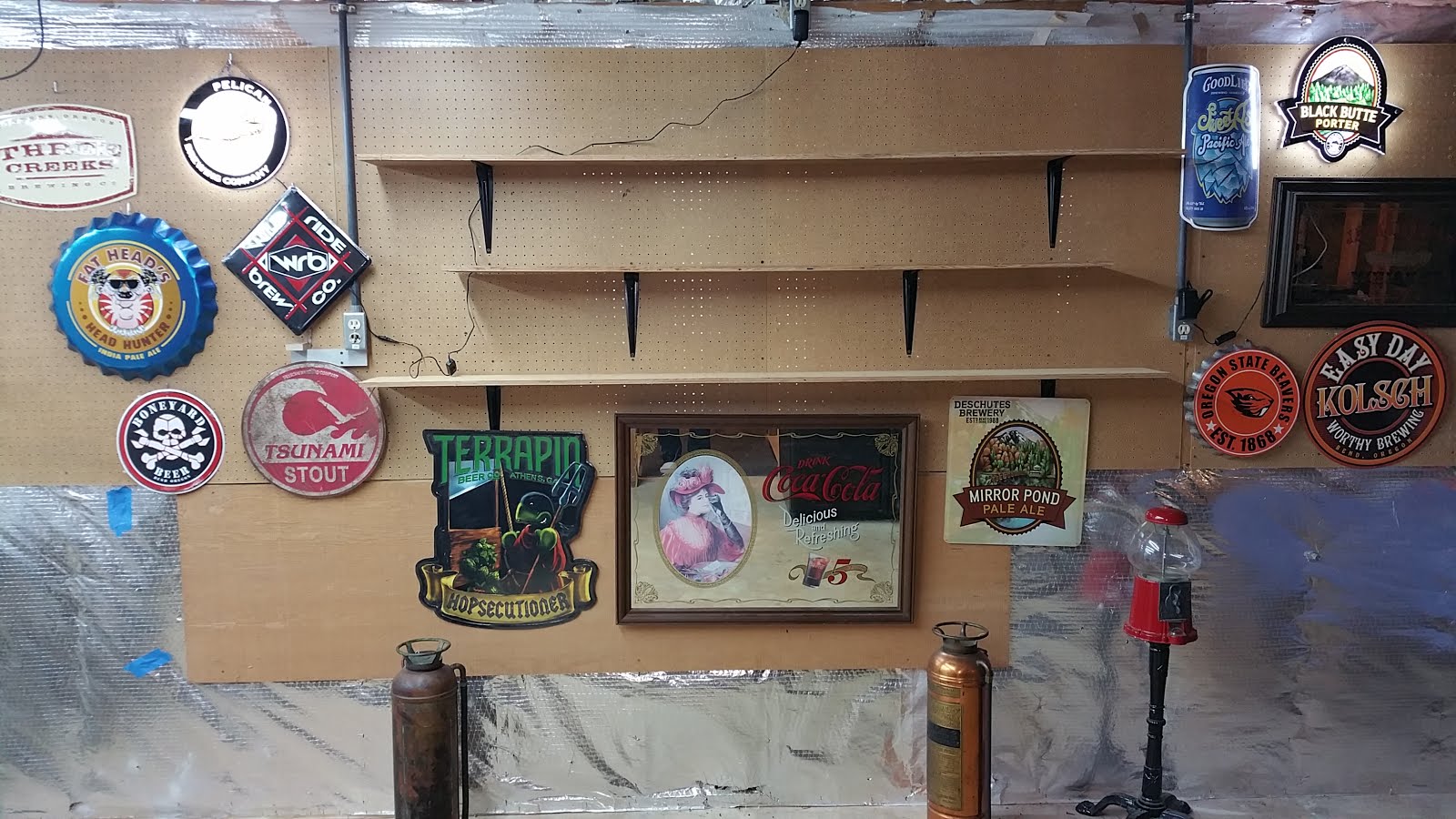 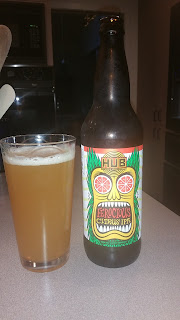 Tonight's beer was Ferocious Citrus IPA by Hopworks Urban Brewery out of Protland Oregon. Ferocious Citrus is a decent IPA (actually pretty darned good in my opinion). It's not as hoppy as some might expect with an IBU of 40, alcohol content is at 6.2%.

This particular beer is certified organic, and along with organic malted Barley and organic hops, it contains.... Grapefruit. The last few years quite a few brewers in our region have been trying to bring out a citus-y flavor, sometimes by adding actual citrus, sometimes by playing with the hop varieties and mixes.

Tonight my wife was out of town with her family, which gave me an opportunity to have my friend "BeeR CritiC" (that is his new blog name by his request) over to shoot the breeze cook up hamburgers, and have a couple beers.  BeeR CritiC  is actually one of the first people to introduce me to non-mass market American beers, about 32/34 years ago.  He has gone through a number of beers over that time and finds he favors IPAs, not just ANY IPAs, but a particular type... According to BeeR CritiC there are three types of IPAs:  Malty, Dirty, and Clean/Clear.  I really can't figure out the dirty thing yet, but it apparently exists.  I definitely know malty, I also definitely know Clean/Clear. Take a look at the picture and see which one you think it is.... And the answer is.... Clean and Clear.  Sure, you can't even see through it, but it really has a clean bright taste to it. BeeR CritiC was favorably impressed, as was I.

I'll leave you with dinner.... this is what happens when 2 guys buy 2.7 pounds of hamburger.  I feel like I need to be on some kind of a diet, so I skipped the bun and wrapped it Romaine lettuce. 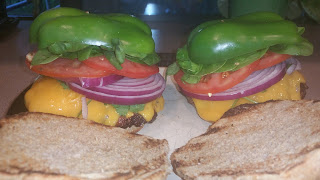 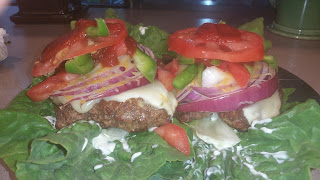